Why do we need this? 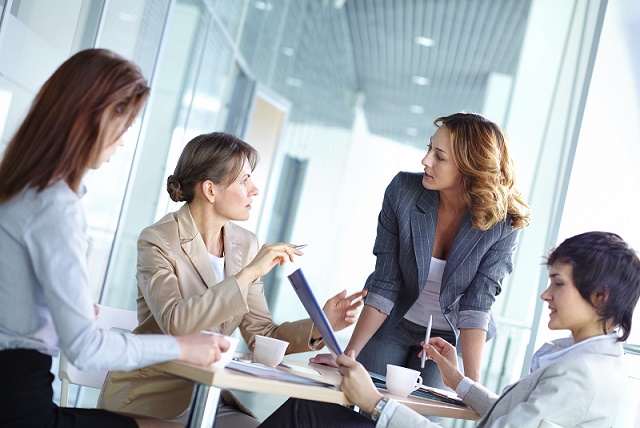 I have spent the last two days at the Strata Community Australia national convention in Canberra, which inevitably included chatting to colleagues about Women in Strata.

I was asked once (maybe twice) “why do women need to segregate themselves?” – a reference to women’s networking groups.

Firstly: let’s not use the word ‘segregate’. It evokes images of the United States in the first half of last century. A shameful period in the history of that country, not to mention others. NOT what’s going on here.

Secondly: good question. Why do we need this?

At the foundation of “women’s groups” is the assumption that women have concerns, questions and needs that are unique to them as women. Some examples: how does a woman take on, or succeed in, a leadership role while pregnant, planning a family, or breastfeeding? How do women strata managers handle a heated owner’s meeting, when they may feel physically intimidated and uncomfortable with conflict?

Whilst it is important that men are part of these kinds of conversations, it would be a rare man who would start them. Some women may not feel comfortable opening up about these issues in the presence of men. Those who are comfortable: great, go for it. Nice work.

Other women need to feel that they are in familiar company to be able to share openly and without fear of judgment or ridicule, particularly when it comes to topics like confidence-building, or having a voice at the table. For some women, they feel more comfortable learning those skills in the company of other women and then, once learned in that safe supportive space, taking them out in to the world.

A common criticism levelled at women’s groups  is that if women isolate themselves from the ‘boys clubs’ how can they expect to join them?

Again, there are two answers to this.

Firstly: we don’t necessarily want to join their clubs. We want to strike out on our own, learning from the example of women who have done it and are willing to share their experience and expertise.

Secondly: if we do, for whatever reason, want to join their clubs, often the best person to support an up and coming but inexperienced woman making her way through unfamiliar territory is a more senior, experienced and connected woman, who can act as introducer, referee or mentor. Women’s networking groups help these women access each other and in turn, help them up to the next level.

Ultimately, the success of a networking group lies in what the group offers, not the gender of those in it. It just so happens that women, by nature, are pretty good at communicating, sharing, supporting, empathising and building strong relationships. So, when these groups are dominated by women, they tend to work. Really well.